–
What about Italy? Have you every been here? And What did you do in
the Italian Wine sector?
I worked in Italy as a winemaker for
a bit over 6 months in 2006.
I actually entered the country that
year on the Sunday in July just following the world cup final football game between France and Italy
( that the “Azzurri” won obviously!!). I was happy in a way that Italy had won, as it made my
life easier than if the French had won for spending the whole rest of the year in Italy. 😉
I made wine on the Tuscan Coast near
Bolgheri at an estate called Caiarossa. We made ‘Super Tuscan’ wines out of many different
grape varieties, mainly Sangiovese, Cabernet Sauvignon and Franc, Merlot, Petit Verdot and Syrah,
and Chardonnay and Viognier for the whites.
It was a fantastic experience as I was
immerged in the local culture surrounded with locals. I had to learn Italian which I did in a couple
of months. I also had to start talking a bit louder than I usually would, and started moving my hands
while talking. 😉
I’ve been in love with Italy and the
depth of the its culture, and the kindness of Italian people ever since. Being able to speak helps
immensely understanding the culture and sharing good moments.
–
What you like the most about Italy and Italian Wine?
This
may sound a bit generic as many people could do that same answer.
What
I love most about Italian wine is the diversity. Italy is the biggest
wine producing country in the
world, yet the production is all broken down into myriads of small
producers. Each area has its own
grape varieties that are often unknown anywhere else. So exaggerating
a little, one could say that
all wines are very different from one another. It’s not necessarily
an advantage for the country from
a marketing standpoint, put as a wine lover, you could keep exploring
forever and continue learning
and be surprised for a very long time.
You
could also argue that generally speaking, there is a strong
connection still between the wines and
their terroir in Italy, which amplifies the overall diversity. In
Italy, each wine expresses more distinctively
where it comes from and who made it than in many other countries.
There has been less
influence of fashion, modern winemaking techniques, usage of oak
barrels etc.
My
website/blog is called Social Vignerons, because I have a passion for
the work of wine growers and
what they express through their wines. There is a lot to discover and
explore in Italy from that angle
for sure.
Then
pretty much all Italian wines are food-friendly which as a Frenchman
is obviously important for me.

–
What do you think about the quality level of Italian Wine?
I
don’t think there is a generic answer to that question. Because of
the diversity previously
mentioned
and the sheer volume output of the country, all levels of quality are
represented in Italian wine.
From cheap rather ordinary stuff to some of the best wines in the
world for sure. But
overall I guess one could say the quality of Italian wine is pretty
good. I guess one of the advantages
of Italian wine as a whole, is that a lot of the lowest quality
production is exported in bulk
and not necessarily sold under the ’Prodotto in Italia’ label so
it doesn’t hurt the country’s image.
I’m thinking of the huge volumes that go into producing German Sekt
sparkling wines, or cheap
red table wine blends ‘from the European Union’. So generally
speaking, what comes out bottle
under IGT or DOP is of a rather good quality.
I
shared more views about Italian wine a few years ago with
winemeridian.com here.

–
What do you think about Italian Wine Communication? And why are the
Wine Bloggers so important
internationally?
For
communicating, being diverse and divided is not quite an advantage,
like I described in the article
on winemeridian linked above. It’s much easier to communicate on a
global scale when you’re
a large brand than a small producer.
Most
small vignerons don’t have time or much money to spend on
communication.
I
think however, that with social media, we’re entering an era that
allows wine producers to connect with
their customers and potential customers much more easily, and
cheaply. Social media allows to connect
the diversity of wine drinkers around the world, to the diversity of
wine producers around the
globe. Everyone can find what he or she is interested in. Every wine
drinker can find a wine and a
story that he likes there. And every producer should be able to find
people that like their wine and their
story, so long as they’re on it.
It’s
actually like social media was made for serving the diversity in the
world of wine.
That
is the point of Social Vignerons, where I try to allow producers to
tell their story via my website
and my global social media community. I invite producers to easily
share their story with me
and my audience. As a consultant, I also help some producers be more effective on social media and
find their customers.
The
importance of wine bloggers is the continuation of this movement that
is taking place with the web
and social media that empowers producers and wine drinkers. By interacting with wine bloggers,
wine producers can get their wines noticed on a global scale
virtually for free. They don’t necessarily
have to buy advertising. Same for wine drinkers, they can simply
check on wine blogs what
the quality of wine really is rather than paying for a subscription
to a magazine that is not necessarily
representative of the truth. Again,
wine blogs enable consumers to learn more about wines and make
informed buying decisions.
They also allow producers to tell their story and ‘spread the word’
(which is the strapline of
Social Vignerons) about their product.
Everyone
wins with wine blogs, that’s why they are increasingly popular. 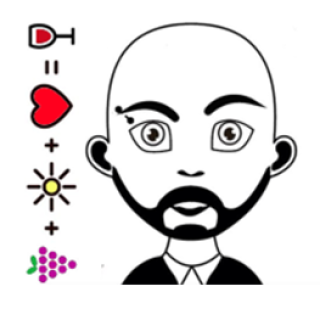